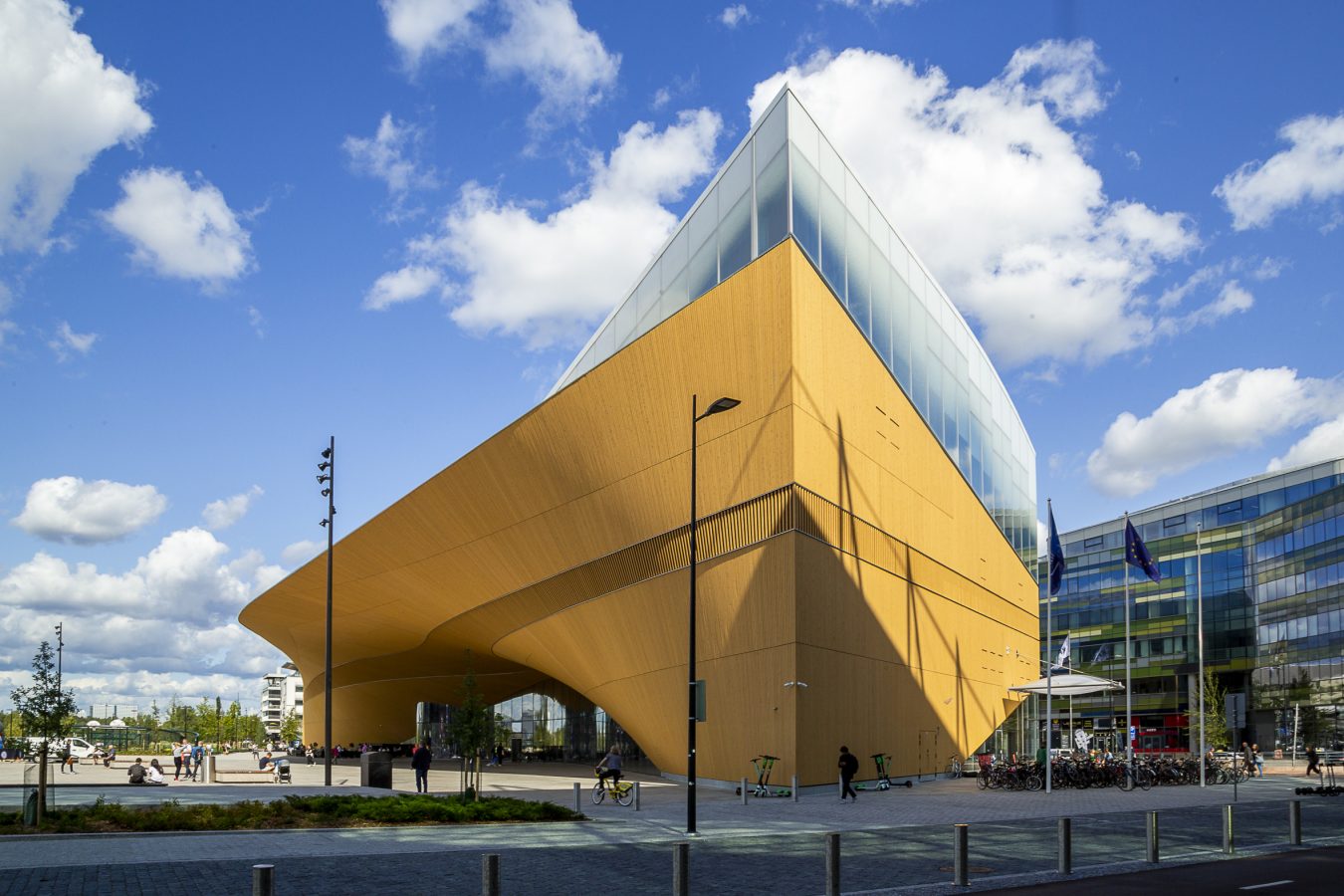 On Tuesday 27 August, Helsinki Central Library Oodi was chosen as the winner of the 2019 Public Library of the Year award in the World Library and Information Congress of the International Federation of Library Associations and Institutions (IFLA), which is currently underway in Athens. Espoo City Library and Vantaa City Library will also be awarded in Athens.

The jury describes Oodi as a house of the people that bridges concepts of equality, participation, citizenship and sustainability. “Iconic exterior qualities and breathtaking interior spaces host qualities like an entire floor for learning activities and a top floor book heaven. [--] Oodi will lead the way for central libraries throughout the globe”, and “This project is one for the ages”.

The annually presented Public Library of the Year award is presented to a public library that is either newly built or set up in premises not previously used for library purposes. This year, a total of 16 libraries from all over the world applied to be considered for this award. The other libraries that made it to the final were Green Square Library and Plaza in Australia, Bibliotheek LocHal in the Netherlands and Tūranga – Christchurch Central Library in New Zealand. The award’s sponsor, IT company Systematic, awarded USD 5,000 to Oodi.

‘Oodi was designed together with customers for a long period of time. We received more than 2,000 ideas from customers to serve as the basis of the architectural competition. ALA Architects designed an amazing and unique building that takes all the elements most desired by customers into account. The customers immediately made Oodi their own, which is our greatest success. The Public Library of the Year award tells us that the world has also taken notice of this,’ rejoices Director of Oodi Anna-Maria Soininvaara.

The city libraries of Espoo and Vantaa will also be awarded in the World Library and Information Congress held in Athens. The video ‘100 Reasons why these Finnish Libraries are the Best in the World’, produced by Espoo City Library, won the 2019 IFLA Metropolitan Libraries Short Film Award. Targeted at an international audience, the video humorously presents one hundred reasons behind the excellence of Finnish libraries, such as versatile services, locations and facilities. The video was created by Saala Erlo and Topias Salonen from Espoo City Library.